A fortified city built on a rock, Dubrovnik, first developed as a fishing settlement Ragusium. With its city walls and towers, it has enchanted visitors for centuries, whether they arrived by sea, by land or by air. We will initially set sails to Lopud, an island in the Elaphiti archipelago northwest of Dubrovnik. The island is famous for its water springs and lush and diverse vegetation. The bay of Šunj with its clear water, white sand and crescent shape makes an idyllic spot for swimmers. In the vicinity is a garden which houses exotic plants from the whole world. Since the island has been inhabited only recently, intact ruins of ancient settlements can still be found. 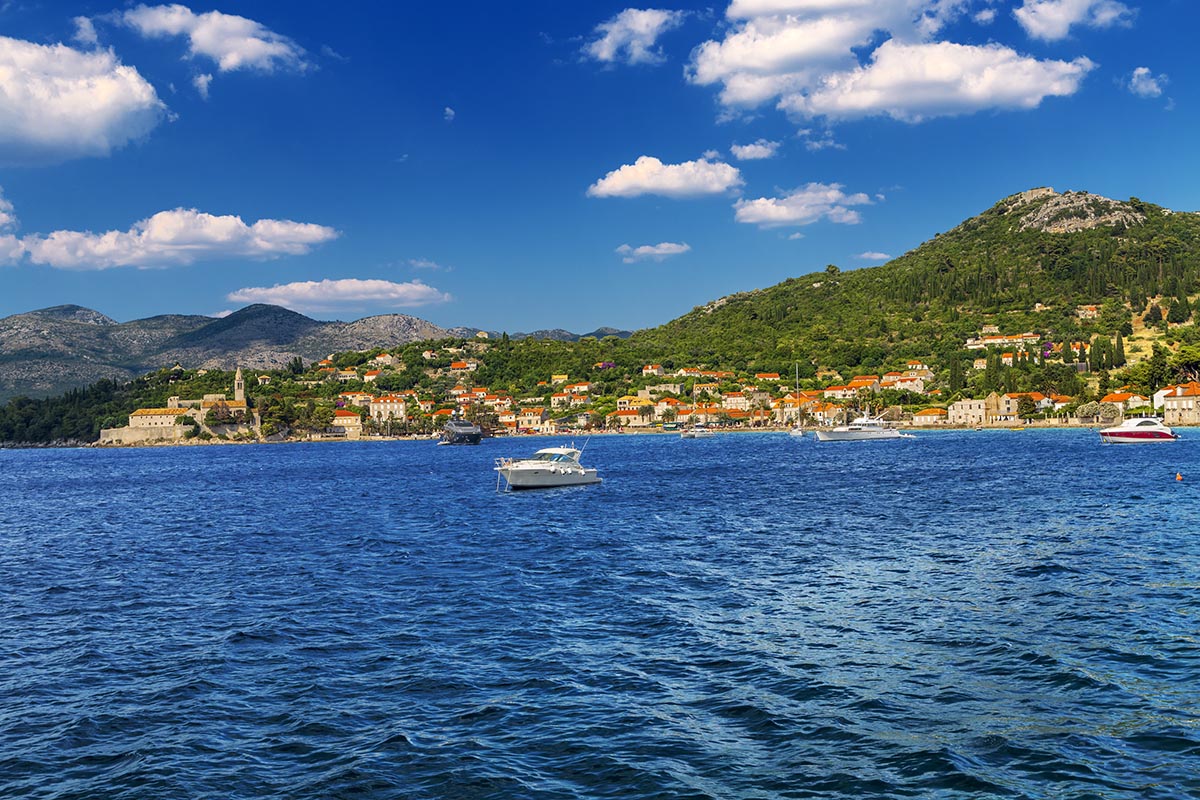 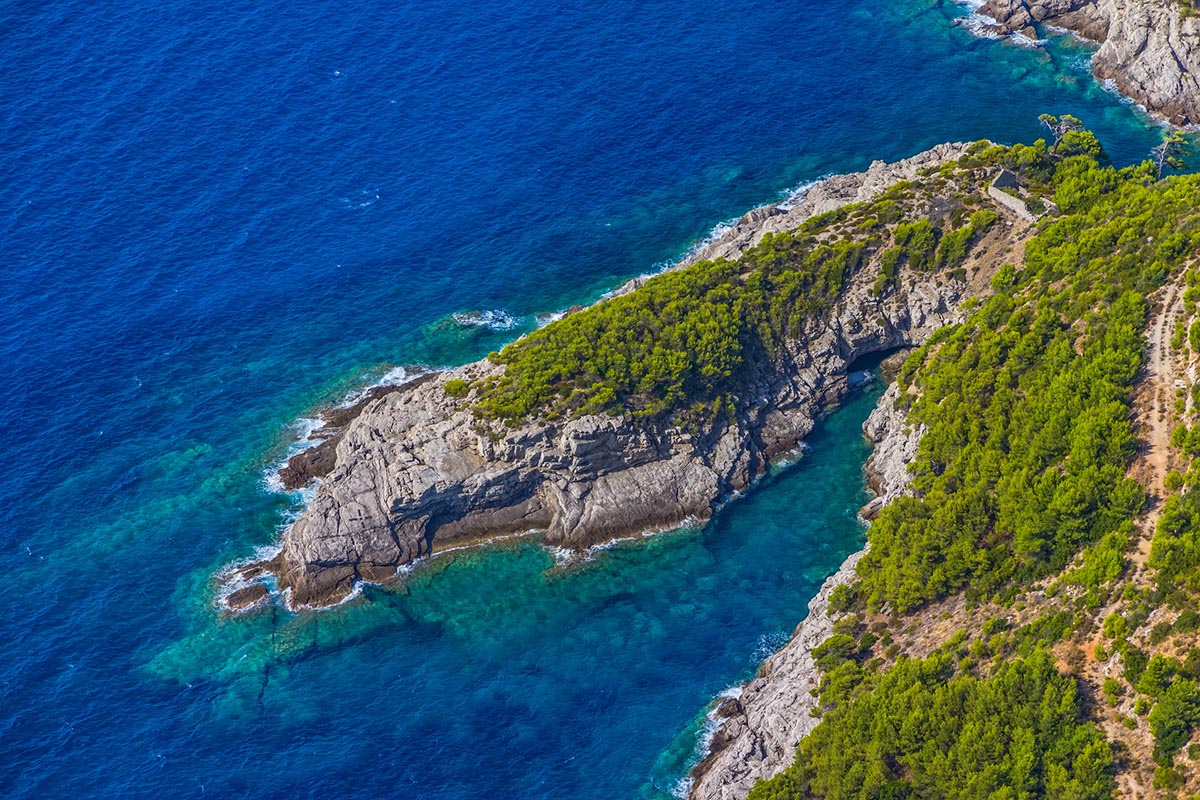 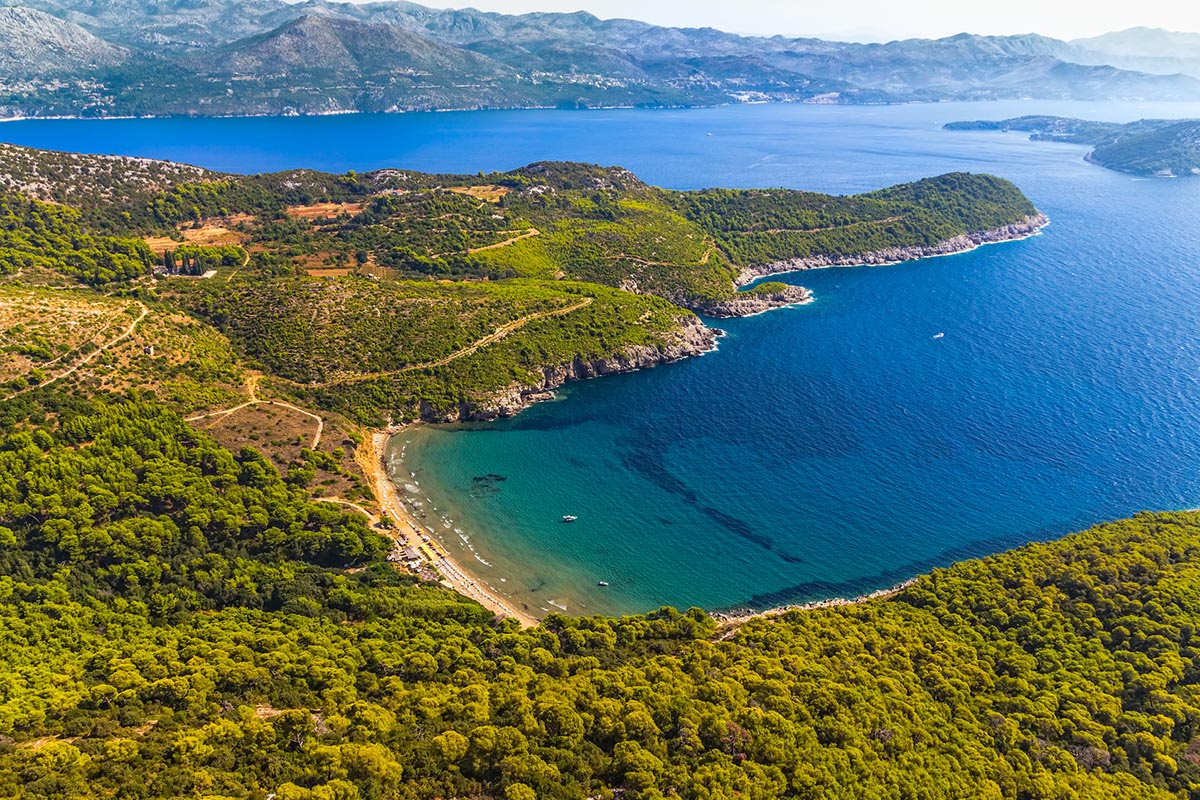 Early in the morning we will immediately set sail for the old harbor of Dubrovnik. This magnificent city, enclosed by stone walls, was an independent republic up to Napoleon’s arrival. Established in the 7th century, it flourished during the 15th and 16th centuries thanks to achievements in trade, a powerful fleet and successful diplomacy. With its impeccably preserved the Stradun street, seventeen churches, Orlando’s Column, Onofrio’s Fountain, and the oldest synagogue in Europe, Dubrovnik is a unique city – not just in the Mediterranean, but in the world. This city, Croatian Athens, has been home to many eminent figures: mathematician Ruđer Bošković, poet Ivan Gundulić, playwright Marin Držić and many more. Situated at the foot of the Srđ hill, Dubrovnik preserves its history and cultural heritage, and cherishes its past glory. All this is shared with numerous visitors, whether they are traveling writers, explorers, artists or simply curious tourists.

There are numerous cultural events taking place throughout the year, but none greater that the famous “Dubrovačke ljetne igre”, a summer festival that fills the streets with music, dance and theater, with the flag Libertas proudly waving above the crowds. Indeed, freedom has always been considered by the people of Dubrovnik to be a crucial condition of existence and this can be felt even today.

Leaving the crowds in the city, a nearby retreat is a small and lush islet of Lokrum (0,8 km2). Benedictine monks built a monastery here and made the island an oasis of beauty. The visitors can get a splendid view of Dubrovnik from the Napoleon’s fortress, Fort Royal. 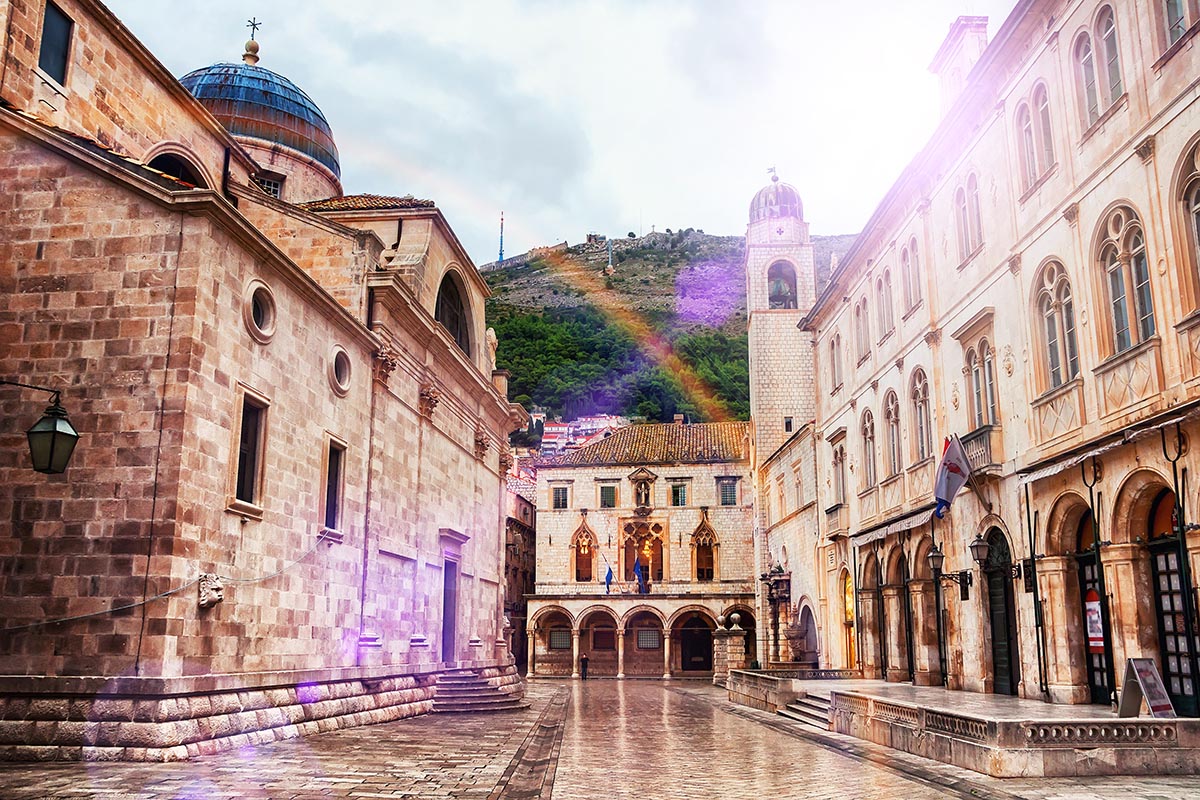 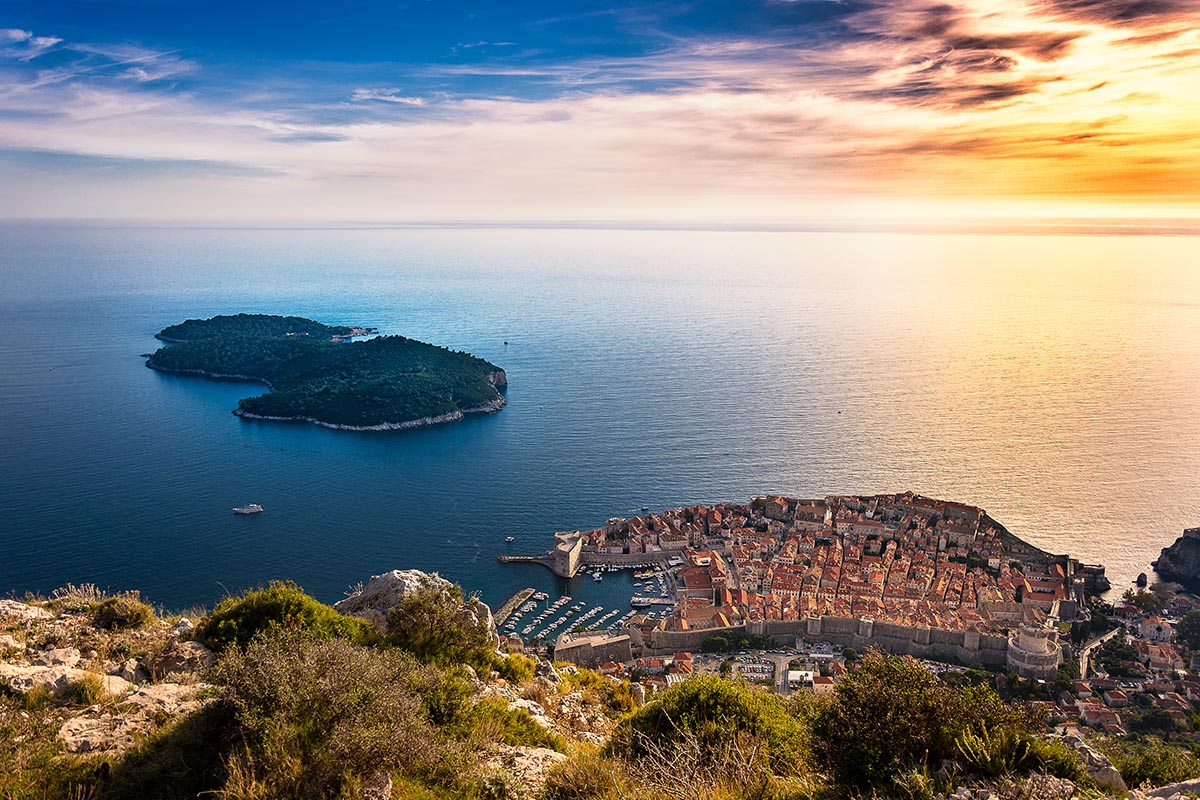 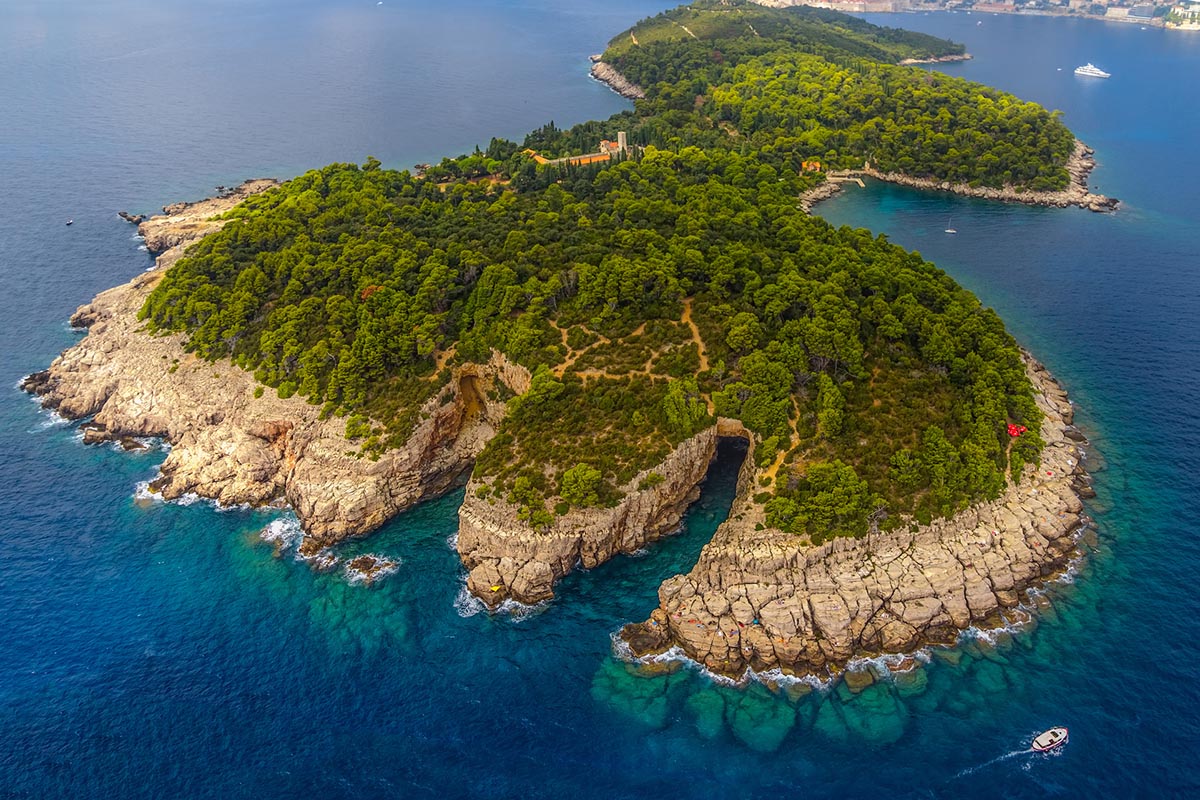 The island of Šipan, northwest of the city, was a popular place for resting and relaxation in ancient times. Fertile land, Mediterranean vegetation and numerous coves attracted wealthy people from Dubrovnik to build their summer houses here.

The small island of Koločep is mentioned in the 1272 Statute of the Town of Dubrovnik. Many nature lovers continue to admire it by visiting the wonderful sand beach in Donje Čelo. The amenities of the civilization and the charm of untouched nature are combined on the island, making it an ideal place for a holiday.

The sailing yacht will then bring us to Korčula which is, without a doubt, among the most attractive islands of the Mediterranean, and not only because of its natural beauty and indented coastline. Approaching the town of Korčula, claimed to be the birthplace of Marco Polo, allows for a spectacular sight from the sea. Aside from the many cultural and historical attractions, the island is known for the traditional sword dance Moreška in which the Black and the White King fight for the favor of the Lady. 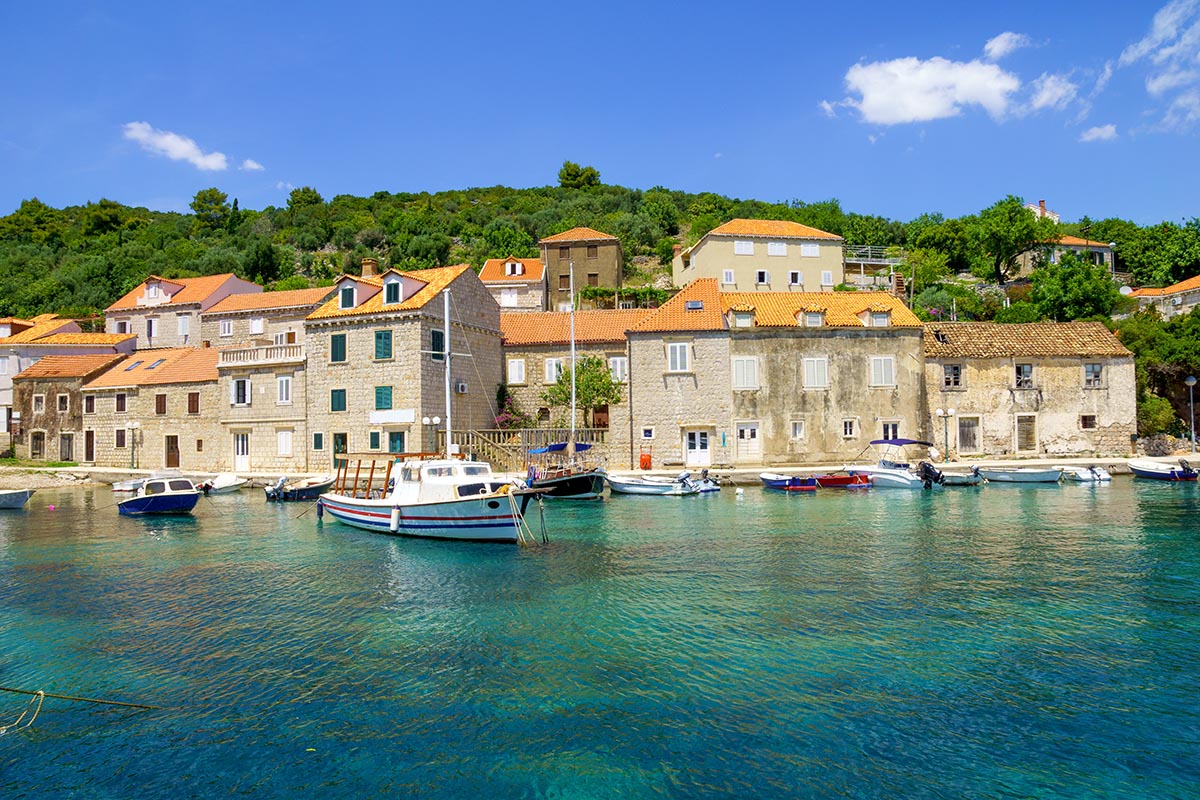 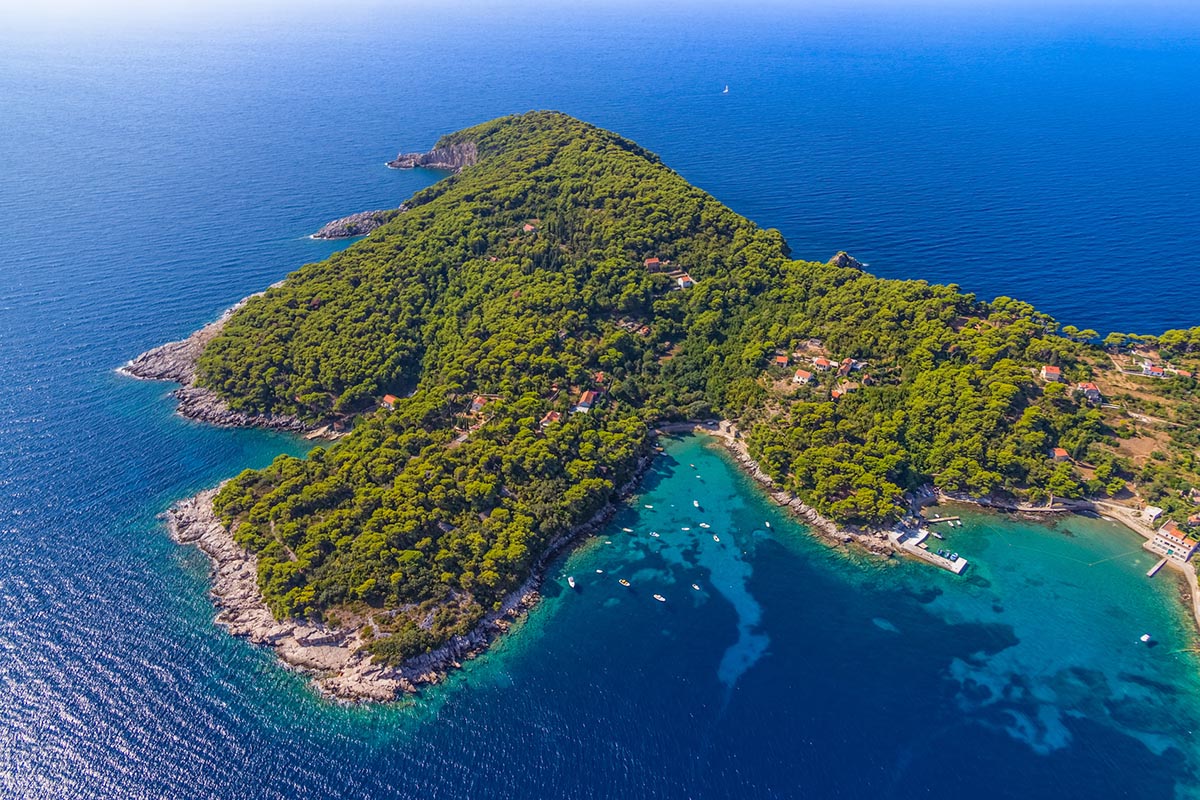 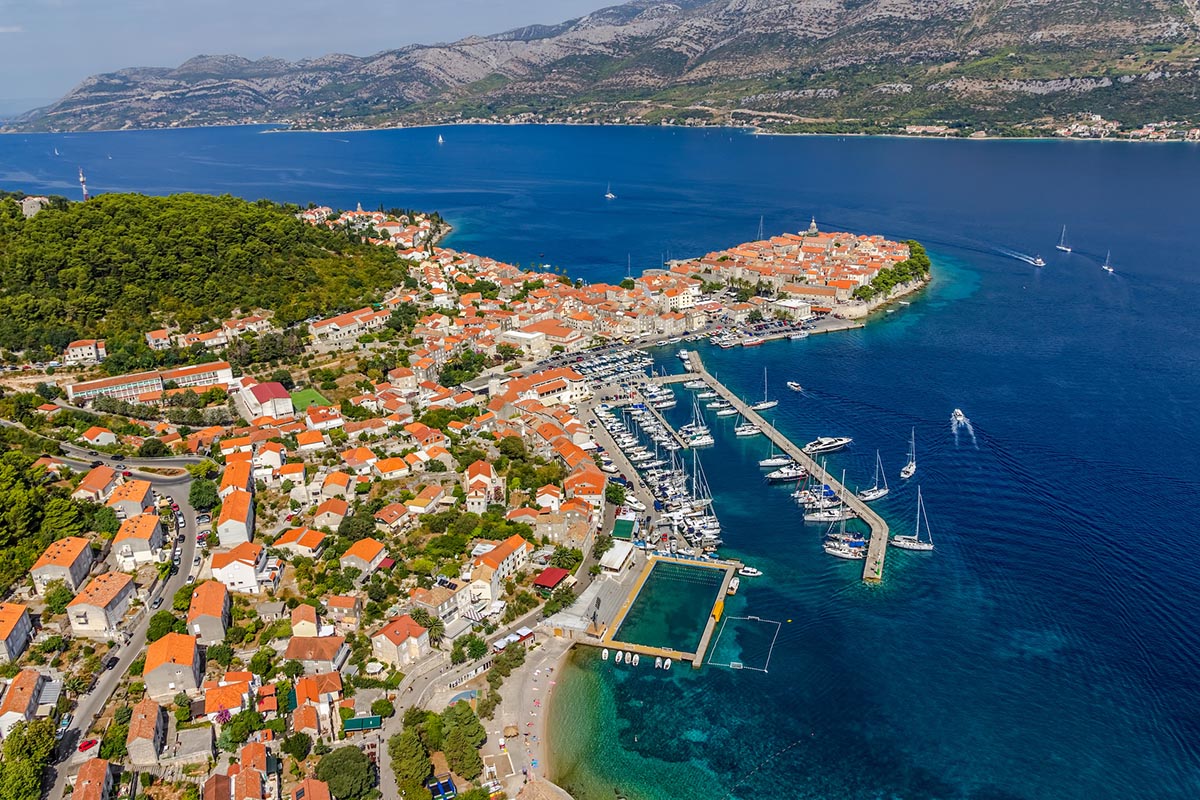 To continue our trip, we will set sail for the Paklinski Islands, an archipelago of twenty one islands in the local waters of Hvar. Other than swimming, scuba divers can discover the secrets concealed under the waves around the islands.

The town of Hvar is located on the southwestern coast of the Hvar island and is protected from the open sea by the Paklinski Islands archipelago. Hvar is well-known for its blooming fields of purple lavender. Monuments such as the Arsenal, town theater, and the Franciscan monastery bear witness of the town’s rulers: Venice, Austria, Napoleon’s France, and evoke Hvar’s glorious past. Authors from Hvar were prominent for the Croatian Renaissance literature, and its theater is the oldest municipal theater in Europe. Exceptionally good climate and excellent location have made Hvar one of the most exclusive and popular destinations in the Adriatic. 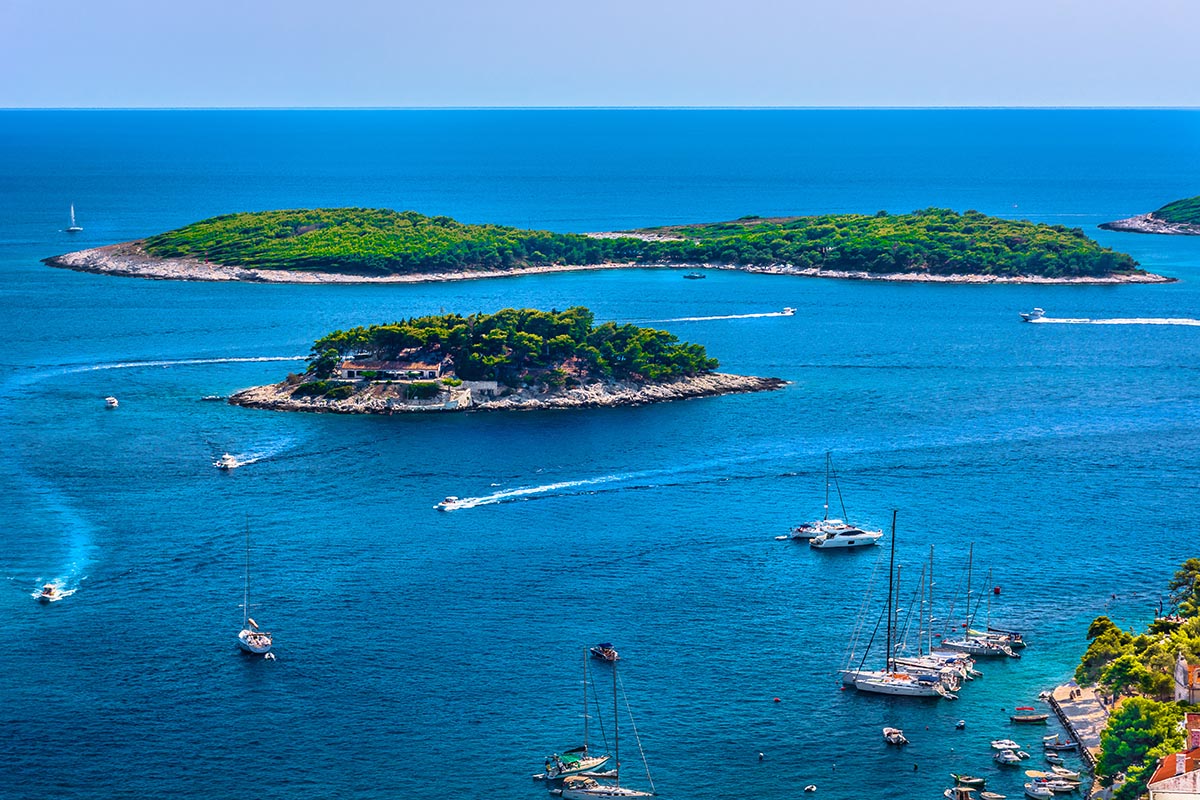 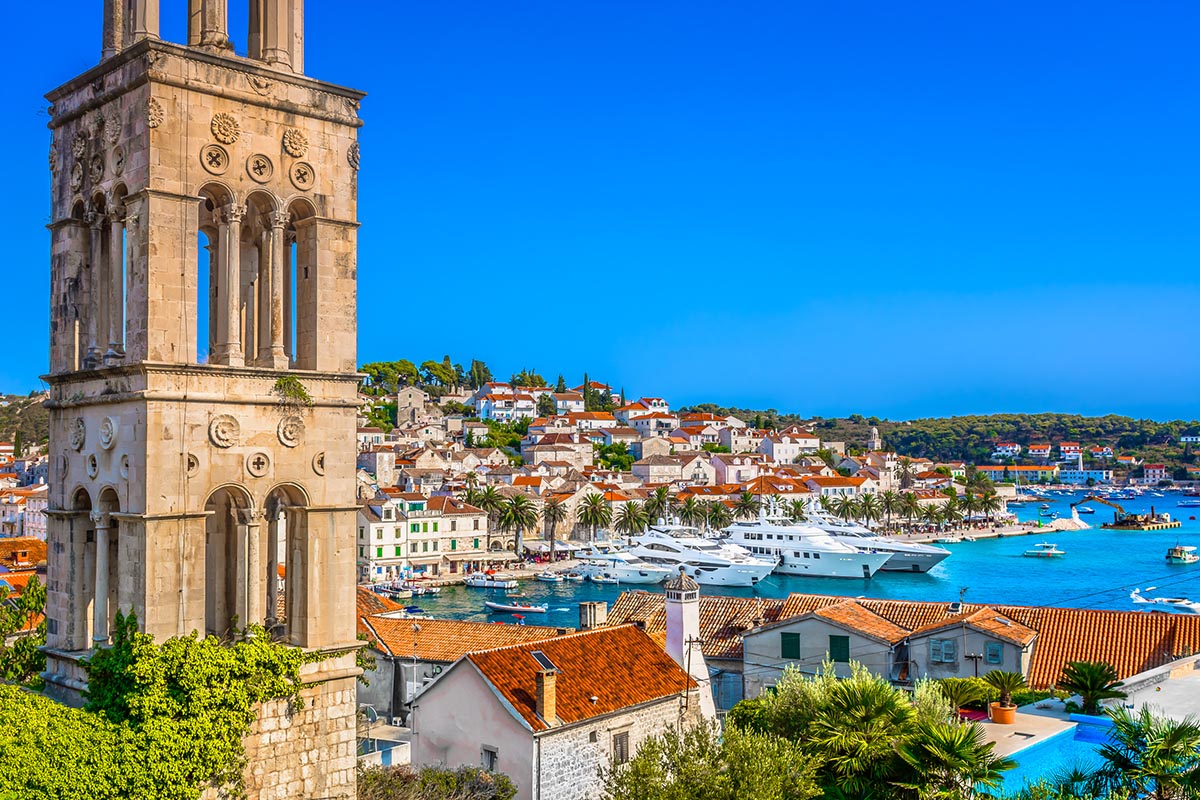 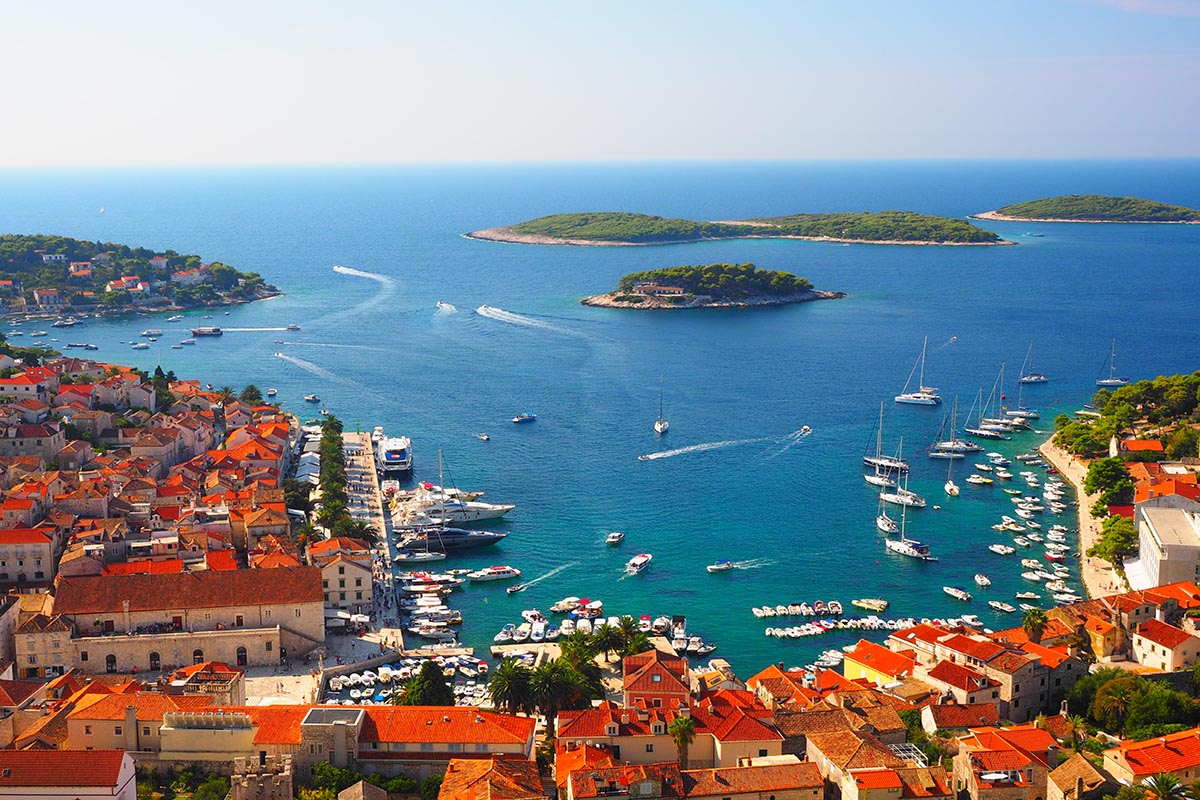 From Hvar we sail towards Pomena, a small harbor on the west coast of the Mljet island which, according to a legend, is the mythical Ogygia of Odysseus. Only a small number of people inhabits the island, working as farmers, fishermen and in tourism. The western part of the island has been proclaimed a national park. There are two lakes in this area, Veliko and Malo jezero. In Veliko jezero, there is a small island of Sveta Marija on which Benedictine monks built a monastery in the 12th century. With the welcoming shadows of the pine forest, the song of crickets and the unforgettable sunset, we will wait for the evening. 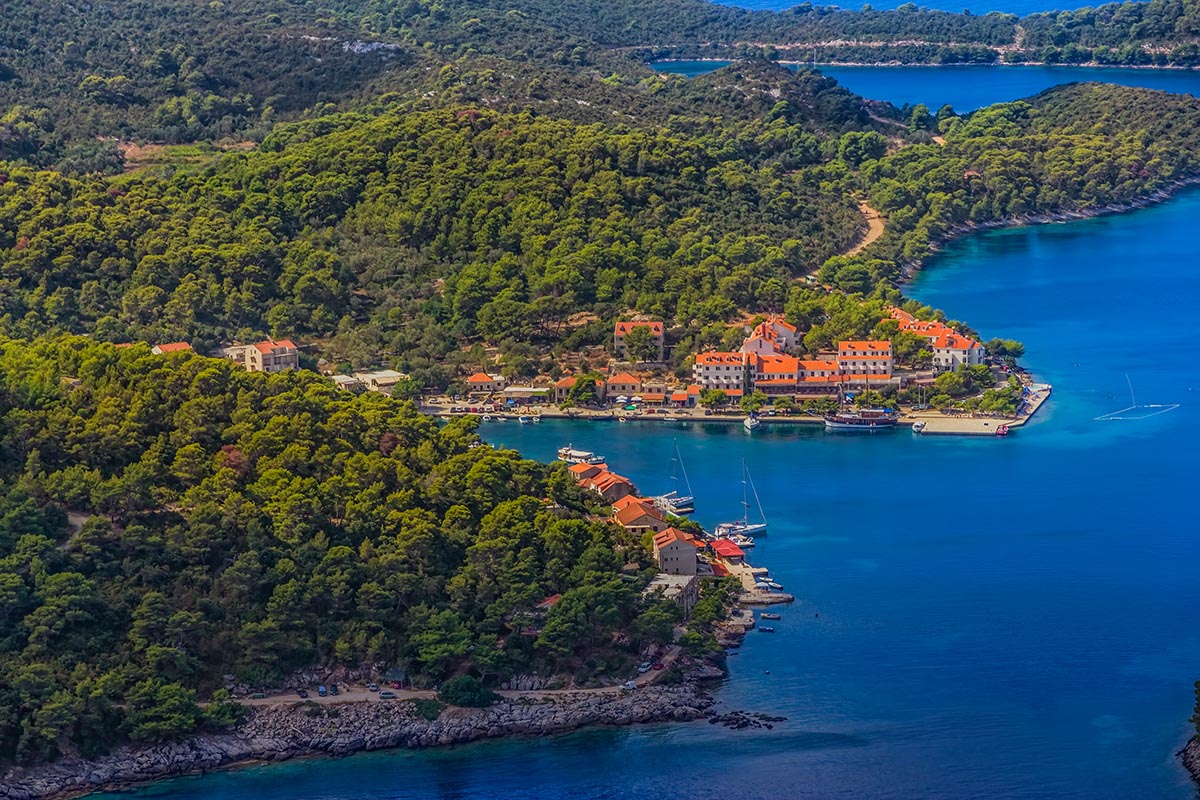 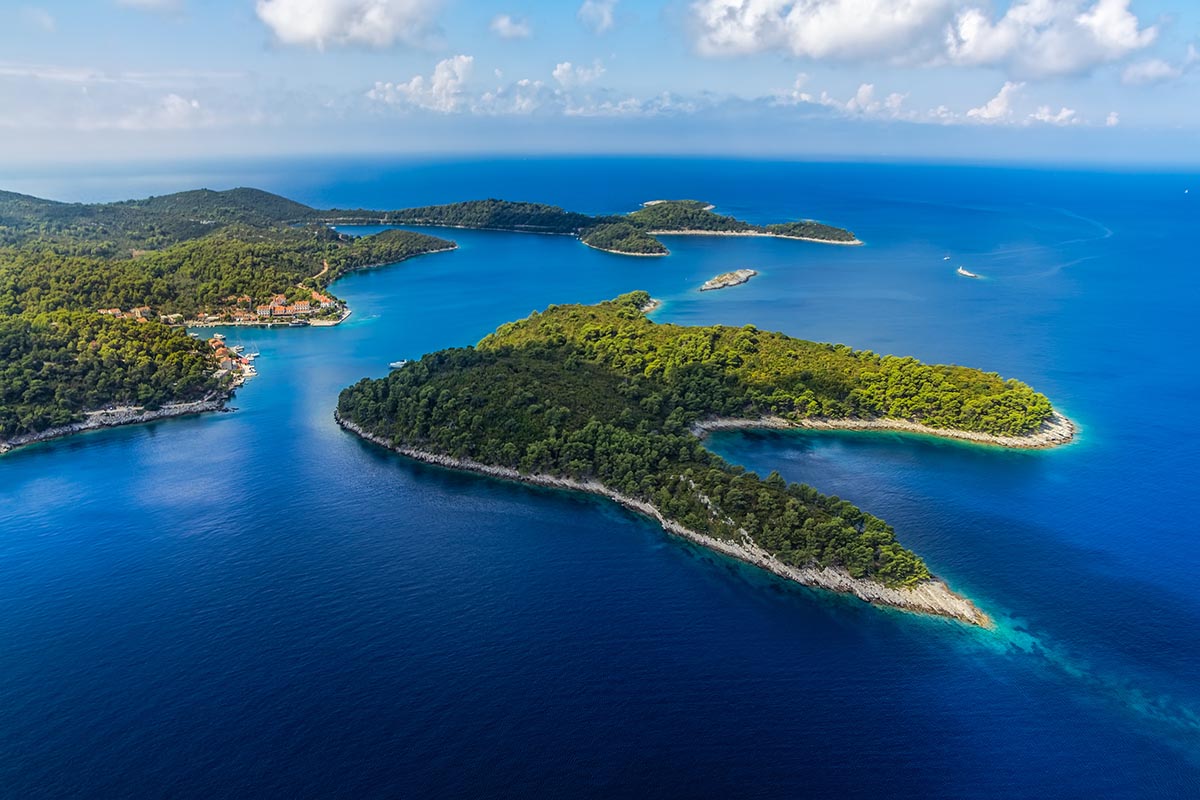 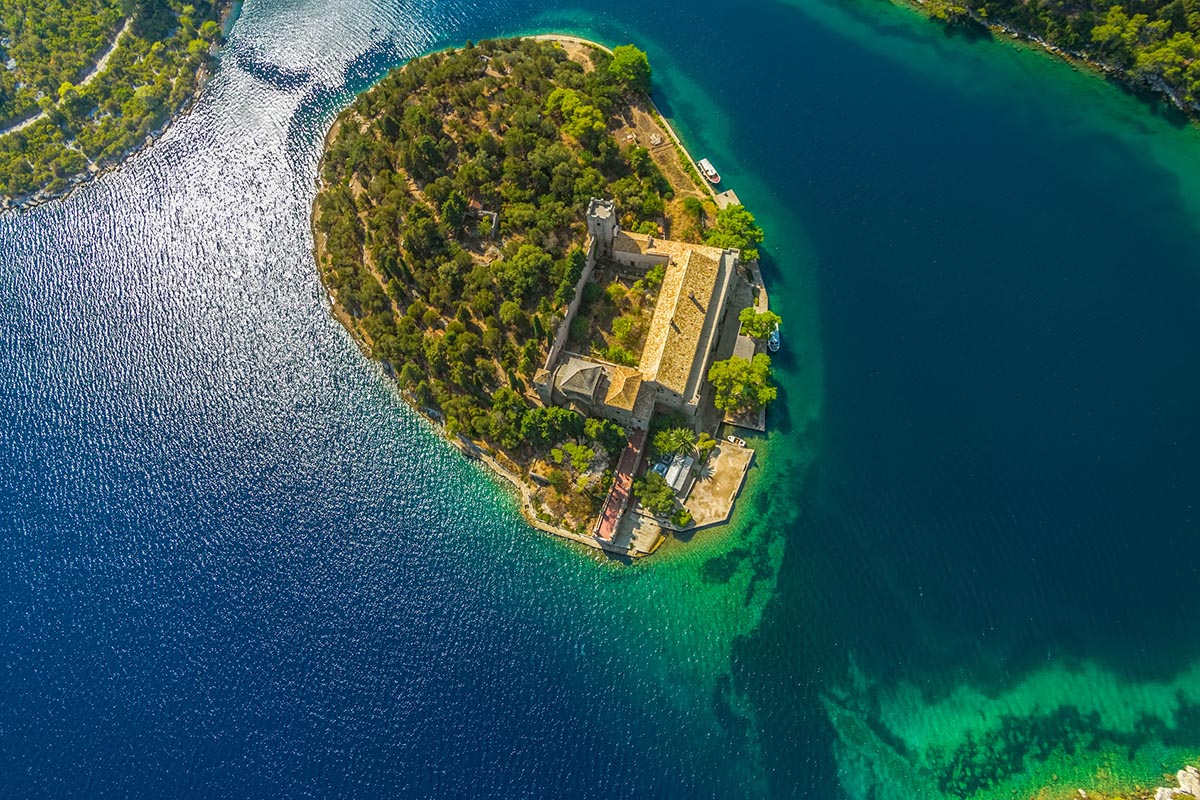 Ston, situated at the only entrance to the Pelješac peninsula, is worth visiting, if for no other reason, then for the delicious oysters that are farmed there. You will be amazed by the town’s fortress walls (the longest in Europe), its fascinating history and, of course, splendid beaches in the area. The bay of Prapratno is a heaven for campers and all those wishing to swim or be involved in water sports. 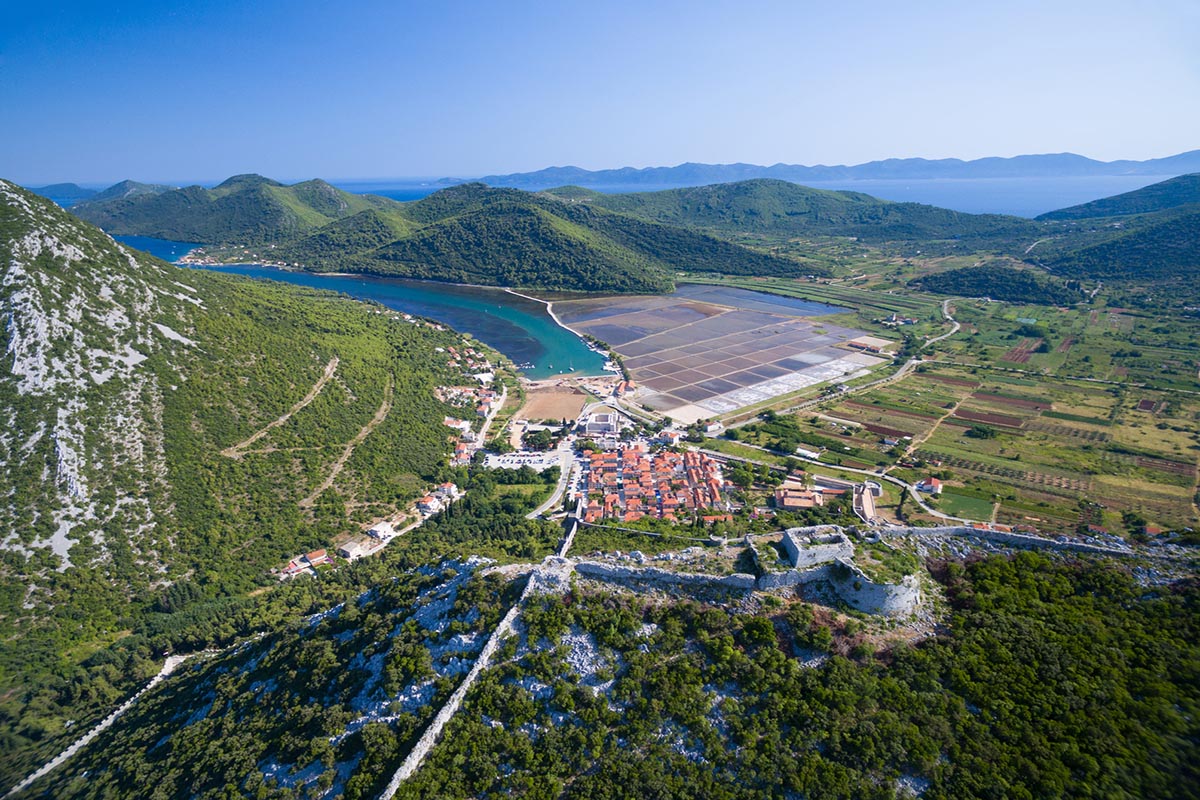 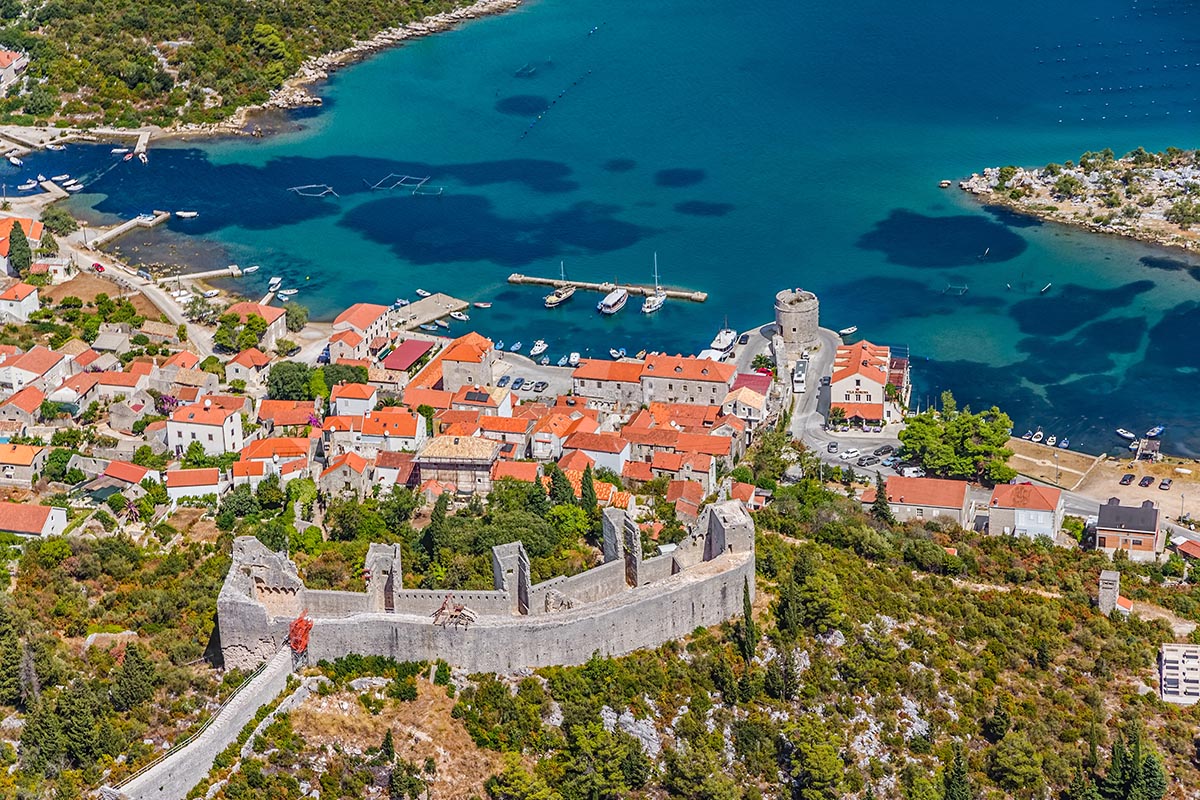 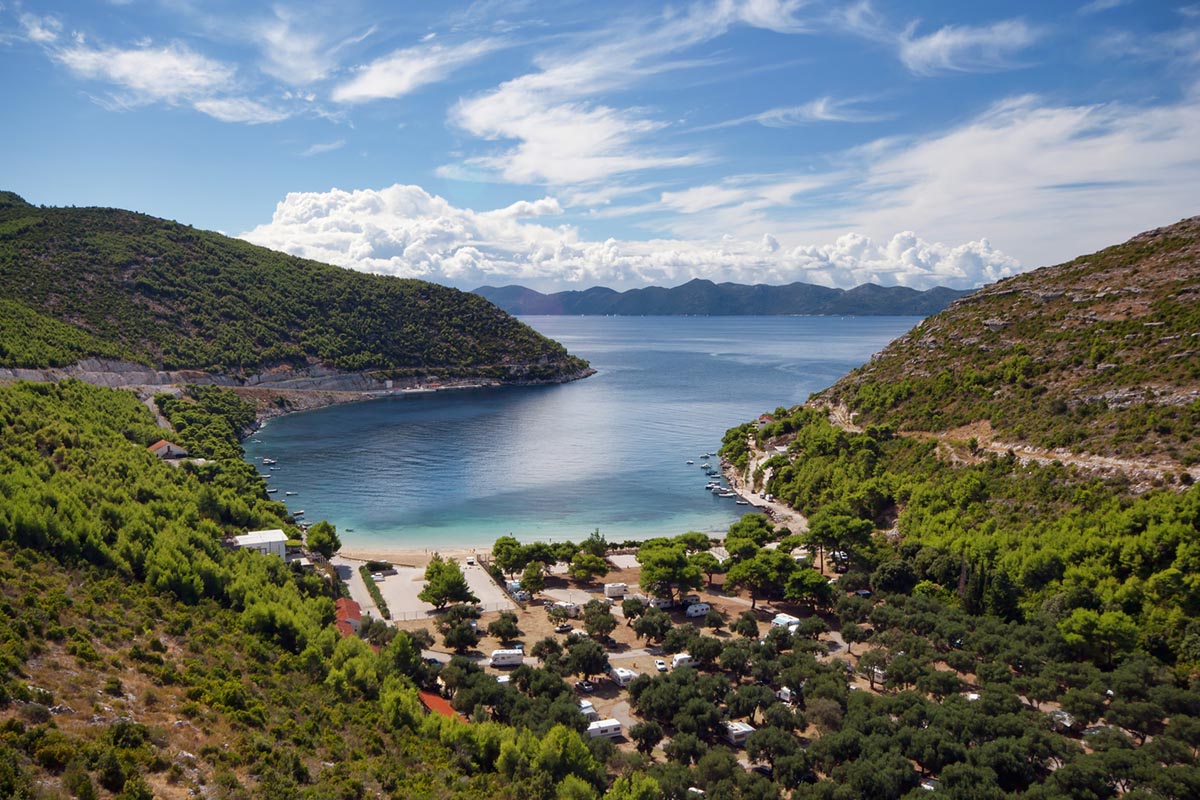 Trsteno, in Dubrovnik area, is known primarily for its Arboretum. The building dates from as early as the 15th century when it was constructed as a summer home of the wealthy Gučetić family from Dubrovnik. The Arboretum is divided into old Gothic-Renaissance gardens and the more recent Neo-Romantic park in Drvarica, dating back to the 19th century, but which unfortunately suffered damage during the war in 1991. We will now steer the bow of the boat towards our port of origin. 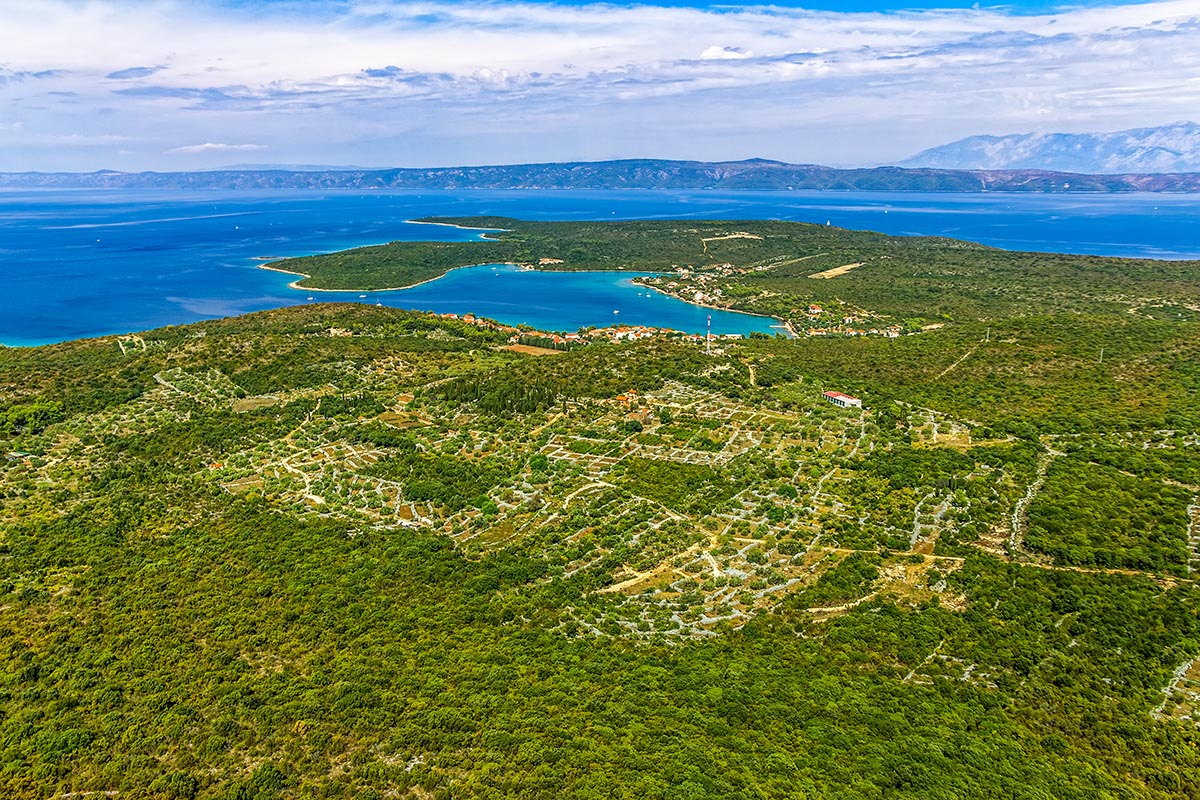 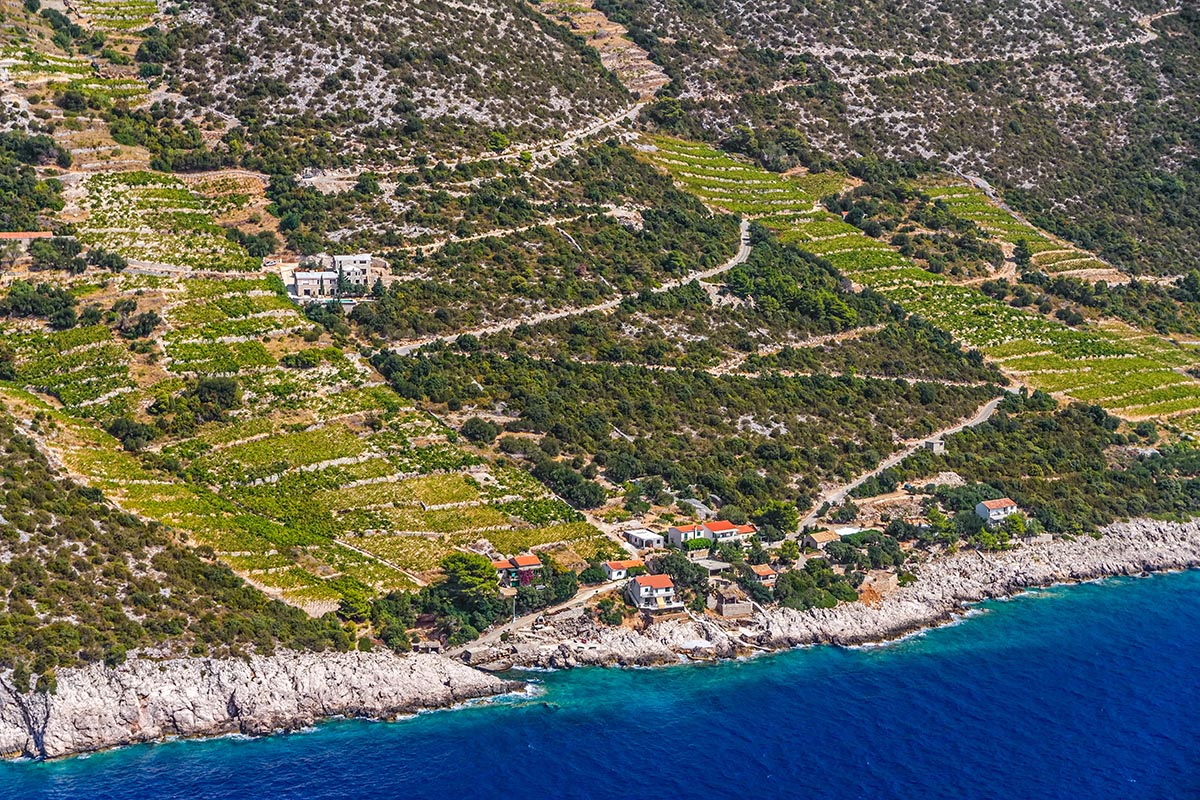 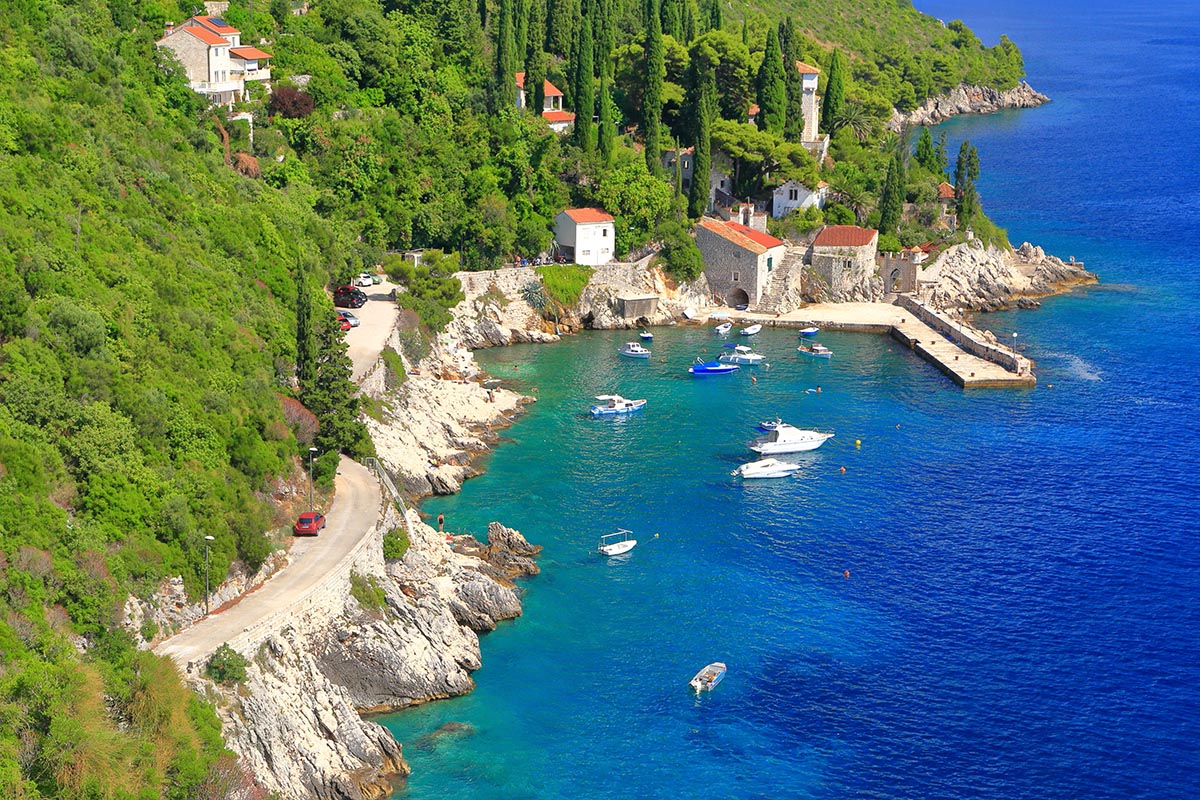