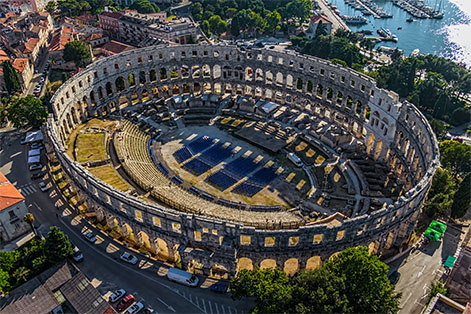 Geographical position: Croatia extends from the furthest eastern part of the Alps in the north-west to the Pannonian lowland and the banks of the Danube in the east; its central part is covered with the Dinara mountain range, and its southern part includes the Adriatic coast.

Population: 4,187,994 inhabitants; the majority of the population are Croats; national minorities include Serbs, Bosniaks, Italians, Germans, Czechs, Hungarians, Slovenes and others.

Time zone: Croatia belongs to the GMT +1 time zone. The zone changes to GMT +2 the last Saturday in March until the last Sunday in October.

Religion: The majority of population are Catholics, then Orthodox Christians, Muslems and members of Protestant churches.

Capital: Zagreb (792,875 inhabitants) - the economic, transport, cultural and academic centre of the country.

Coastline: 5,835 km, out of which 4,058 km comprise a coastline of islands, solitary rocks and reefs.

Number of islands, rocks and reefs: 1,244; the biggest islands are Krk and Cres; 50 islands are inhabited.

Currency: Kuna (HRK). Foreign currency can be exchanged in banks, exchange offices, post offices, travel agencies, hotels and camps. The working hours of the majority of banks are from 8am till 7pm on week-days, and till 1pm on Saturdays. 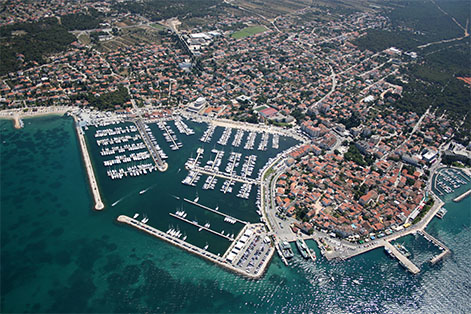 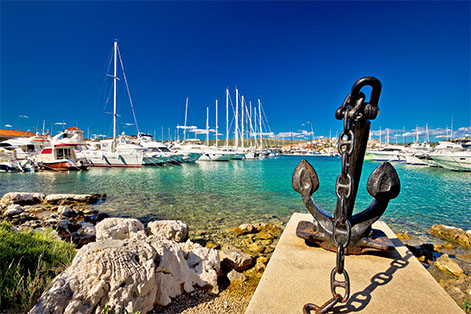 Electricity: Voltage of city power grid - 220V, frequency 50 Hz. You will need a voltage converter and plug adapter in order to use U.S. appliances.

Water: Tap water is potable throughout the whole Croatia.

Calling code: The calling code for Croatia is +385.

Travel documentation: Passport or other internationally recognised identification documents. Tourists may stay in Croatia for up to three months.

For further information: Diplomatic representative bodies of the Republic of Croatia abroad, or the Ministry of Foreign and European Affairs (phone: +385 1 4569 952).

Customs regulations: Customs regulations of the Republic of Croatia are in line with the standards of the European Union countries. Foreign currency can be freely brought in and taken out of the country, home currency up to the value of 3000 €. More expensive professional and technical equipment should be registered at the border. If bringing dogs or cats along, they need to have an International certificate from a registered veterinarian stating that at least 15 days (and not more than six months) have passed since their vaccination against rabies.

Tax refund for foreign citizens: Tourists who make purchases in Croatia (apart from petroleum derivatives), which exceed 500 HRK per receipt, may reclaim VAT ("PDV"). Upon purchase the sales person will provide the buyer with a form PDV-P (on request), which should be filled out and stamped on the spot. Upon leaving Croatia, the receipt must be verified by the Croatian Customs service. VAT refund in Kuna can be obtained within six months, either in the same shop where the goods were purchased (in which case the tax is refunded immediately), or by posting the verified receipt back to the shop, together with the account number, to which the refund should be paid. In this case the refund is paid within 15 days upon receiving the claim.

Working hours: Shops and department stores are open between 8am and 8pm, and on Saturdays from 8am till 2 or 3pm. A smaller number of stores close between noon and 4pm. Many stores are also open on Sundays, especially in the summer, and a smaller number of them are open 24 hours a day (in bigger cities). Public services and companies usually work from 8.30am to 4.30pm from Monday to Friday.

Radio news in foreign languages (during the tourist season): During the summer season, Channel Two of the Croatian Radio broadcasts, in addition to regular news and reports from HAK (the Croatian Automobile Club) in Croatian, traffic information in English and German, and in August, also in Italian. On Channel Two of the Croatian Radio, news is broadcasted every hour from the Third Channel of Austrian Radio and Bayern 3 in German, RAI Uno in Italian, Radio Prague in Czech, Absolute Radio in English and from the International Station of Croatian Radio – “Voice of Croatia” also in English, German and Spanish. 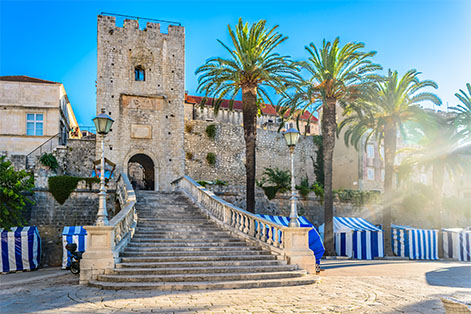